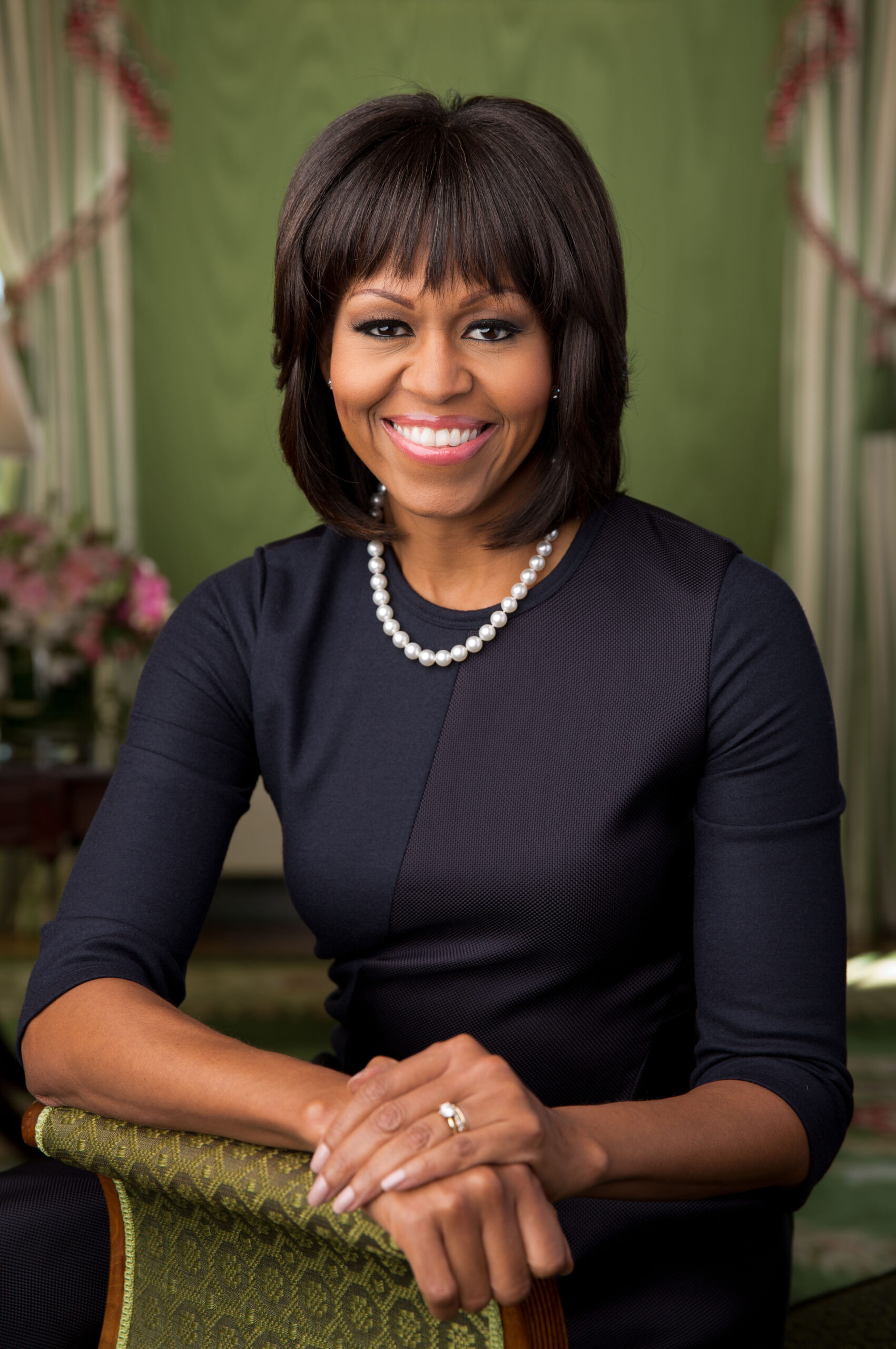 Michelle Obama is the first African American FLOTUS. She is an empowering woman who inspires others to find their true identity. She is an advocate for poverty awareness, education, nutrition, physical activity, and healthy eating.

She was a lawyer who became senator in Illinois, then after Barack Obama, her husband, became president, she became the First Lady of the United States and first African-American in United States country history.

“Don’t be afraid. Be focused. Be determined. Be hopeful. Be empowered.”

At the law firm; she met her current husband Barack Obama. They worked as the only two African Americans in the law firm. In October of 1992, they got married and stayed in Chicago. They had two daughters, Malia on July 4, 1998 and Natasha on June 7, 2001.

In 1993, Michelle was the general manager of the Chicago Office of Public Allies. Here she helped encourage young people to work in social and non-profit associations.

In 2007, Barack Obama entered the presidential election. During the campaign Michelle became widely known in the U.S.; She gave several speeches of which she wrote herself and spoke freely, without a filter. Her honesty and directness moved the American people. As a woman so eloquent in speech and tenacity, she became very popular among Americans. By openly discussing her traditional values, “if you can’t run your own house; you certainly can’t run the White House,” she gained the appreciation of the public. November 4, 2008 Barack was elected the first African American President of the United States, making Michelle part of the first African American presidential family in the history of the United States of America.

During Obama’s presidency, Michelle dedicated herself to causes including the fight against obesity, support for veterans and their families, the rights of LGTB people and the education of young girls worldwide.

In 2010, she launched Let’s Move , a program to combat obesity. She initiated the healthy eating program which led to the adoption of a law aimed at forcing schools to take nutritional measures to introduce meals with less salt, fat and sugar in school canteens.

In 2001, Dr. Jill Biden and Michelle helped defend the interest of military families in the Joining Forces movement. In 2015, she helped with the Let Girls Learn movement, which focuses on encouraging young girls to pursue studies.In 2018, her memoir, Becoming, was published. In the book, she explains her roots and how she found her voice, as well as her time in th eWhite house; her public health campaign, and her role as a mother.

Michelle is a reminder to all of us that we must use our voices and advocate for those in need. She is a role model for women as she continues to advocate for poverty awareness, education, nutrition, physical activity, and healthy eating. “Success isn’t about how much money you make; it’s about the difference you make in people’s lives.” May we all take Michelle’s advice and remember the difference that we can make in the lives of others. May we act with dignity and respect for others and speak the truth to inspire others.

A role model of her own, Michelle Obama has shown us to work for our goals and never let anyone else get in our way.

“Always stay true to yourself and never let what somebody else says distract you from your goals.”