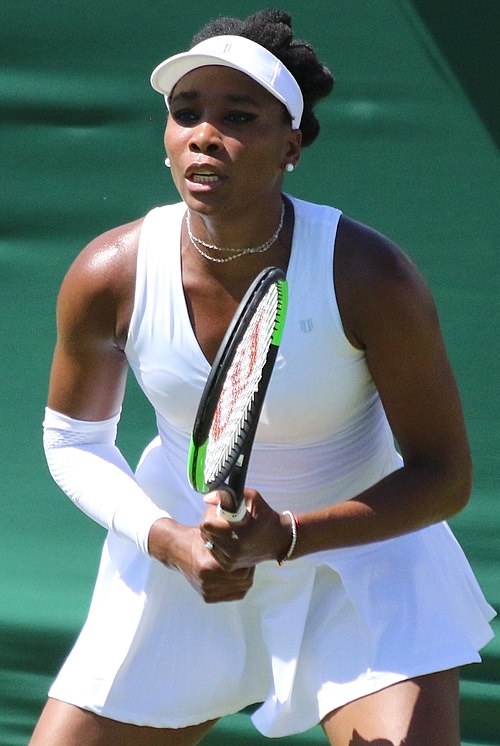 Venus Williams is an American tennis player with her sister Serena redefined the sport with her strength and superb athleticism.

My ambition is to enjoy my life and to do exactly what I want to do. And I’ll do that. I will be free.

Her father was aware of her talent and supervised her development early on. She turned into a professional athlete in 1994 and quickly attracted people’s attention because of her powerful serve and hitting movements. In 1997, she became the first unseeded women’s finalist of the US Open in the open era; she lost to Martina Hingis. Williams then won both the Wimbledon Tennis Championships and the US Open in 2000, and she successfully defended her title in 2001.

In the 2000 Sydney Olympics, Venus Williams won the gold medal in the singles match and won the gold medal with his sister in the doubles match. In 2002, Serena defeated Venus in the French Open, US Open and Wimbledon finals, but in 2005 Venus won the Wimbledon championship. She struggled due to injury and only participated in a few games the following year, but won the fourth Wimbledon championship in 2007.

In 2008, Venus defeated Serena and won the fifth Wimbledon championship, making her the fifth consecutive Wimbledon singles championship. In the same year, the Williams sisters won the second Olympic gold medal in the Beijing tennis doubles match. The following year, they met again in the Wimbledon final, although this time Serena won.

In the following years, Venus’ performance declined, even though she won the 49th championship in 2016. She didn’t return to the Grand Slam singles final until the 2017 Australian Open, where she lost to Serena. Later that year, Venus reached the final at Wimbledon but was defeated.